How Not to Be Wrong: The Power of Mathematical Thinking 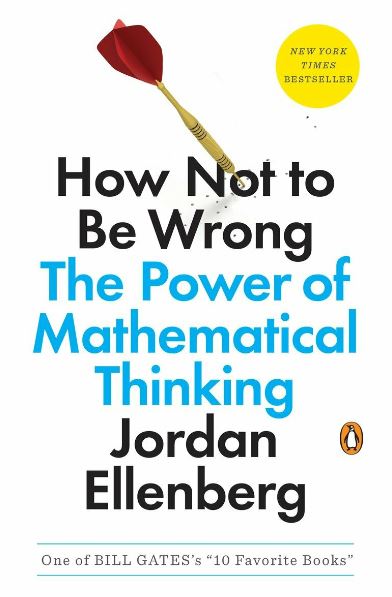 As we roll into the fourth month of working from home, I count myself fortunate to have access to an eLibrary of books from work. Any book that advertises A) Decreasing your likelihood of being wrong or B) mathematical thinking would instantly pique my interest, so the title alone was a union of two interests for me. I genuinely enjoyed this book, especially the stories regarding some of the greats in the history of mathematics, specifically the one about Abraham Wald and his brilliant deduction around the “missing” bullet holes in WWII (more below). I will say that as a math and stats major, I found this book very approachable, taking a first principles approach to each subject. However, without that background or a general interest in mathematics, I could see the subject matter being a bit too dense or uninteresting to the average reader. Bill Gates seal of approval as one of his “10 favorite books” might help books sales though =)

Favorite Part: You’ll need to read the first chapter of this book to get the full context, but the gist of it was that the military sought out Abraham Wald’s expertise for placing extra armor on planes. Too much armor made the plane too heavy and wasted fuel, but too little left the pilots vulnerable. The brought him data with bullet holes per square inch when the noticed that the bullets were not uniformly distributed. It would have been easy to immediately dive into data analysis or creating a model for armor placement, but this is where Wald’s genius shone through:

“The armor, said Wald, doesn’t go where the bullet holes are. It goes where the bullet holes aren’t: on the engines. Wald’s insight was simply to ask: where are the missing holes? The ones that would have been all over the engine casing, if the damage had been spread equally all over the plane? Wald was pretty sure he knew. The missing bullet holes were on the missing planes. The reason planes were coming back with fewer hits to the engine is that planes that got hit in the engine weren’t coming back.” - Ellenberg, Jordan. How Not to Be Wrong (p. 6). Penguin Publishing Group.

“One of the most painful parts of teaching mathematics is seeing students damaged by the cult of the genius. The genius cult tells students it’s not worth doing mathematics unless you’re the best at mathematics, because those special few are the only ones whose contributions matter.” - Ellenberg, Jordan. How Not to Be Wrong (p. 412). Penguin Publishing Group. 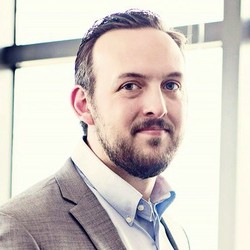