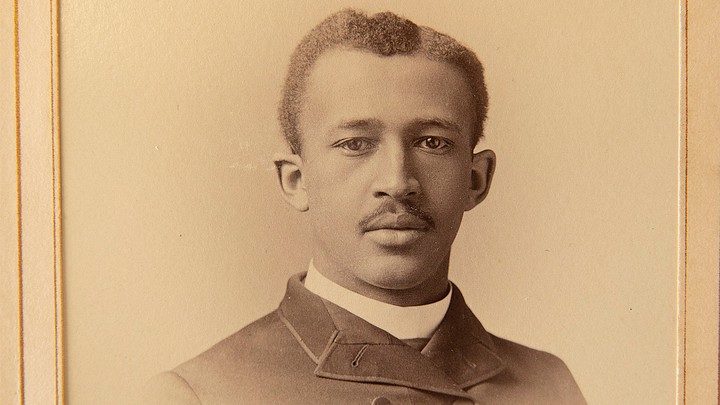 For the third part in my series on the data visualizations of W.E.B. Du Bois, I chose a fairly straight forward area chart that Dr. Du Bois created to highlight the percentage of slave in the United States before and after emancipation. The chart is titled “Proportion of Freemen and Slaves Among American Blacks” You can also catch up on Part 1 and Part 2 in case you missed them.

This chart was quite a bit easier than my last post, since all the data was included in the original chart and no web scraping was needed. As I have been working through these charts, I also had a thought that it would be interesting to continue the trends to present day. Thankfully, that will not be necessary or possible with this chart. I believe this section of the Nightingale article summarizes my feelings more eloquently than I can (emphasis mine):

“The… chart is a masterwork of data journalism. It’s hard to look at the chart… and not feel like you’ve been kicked in the gut. The mountainous black area punctuated by the word(s) SLAVES sits immovable under a green ribbon that opens to the right of the chart.

The story it tells is simple: for 76 years no less than 86% of all (African-Americans) in the USA were slaves. But like most charts, the subtleties might be easy to miss. The Emancipation Proclamation was signed on Jan 1, 1863, yet it takes an additional 7 years (and a Civil War) for the remaining 6,675,000 slaves to find their freedom."

This week’s fast fact comes from poetryfoundation.org, which highlights that in addition to Dr. Du Bois academic and social achievements, he was also an accomplished author, writing about political and social issues, including a series of realistic fiction novels that mirrored his own life experiences:

“Although Du Bois’s novels did not attract as much notice as his scholarly works, they also are concerned with the plight of Black individuals and communities. His first novel, The Quest of the Silver Fleece (1911), dramatizes the economic racism of the deep South. Dark Princess (1928) deals with international racial solidarity. He also wrote the trilogy of novels collected as The Black Flame (1976): The Ordeal of Mansart (1957), Mansart Builds a School (1959) and Worlds of Color (1961). According to Lily Wiatrowski Phillips, ‘within these novels, Du Bois explored his ideas about the relation of history to thought, action, and identity, and he even provided some of the clearest examples of his thinking about thinking.’”

Earlier this year, I finished Storytelling With Data (you can read my summary here) and one of the things the author discussed regarding design was to look away from a chart, then look back and point out whatever item draws your eye first. In the case of this chart, it is the numeric, reversed axis at the top. From a data vis perspective, it is an interesting choice because the labels for years 1790-1860 are all roughly horizontal aligned, the 100% label for 1870 is also at the same alignment on the page, even though it should be on the bottom right if you tied the labels to the data points.